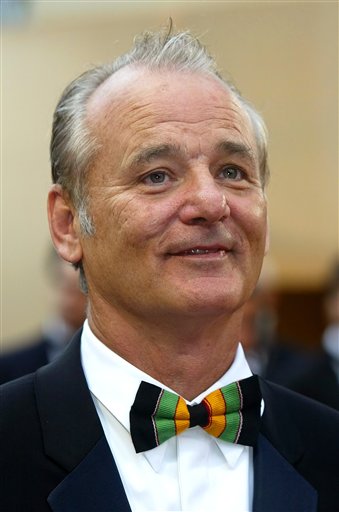 Roman Coppola’s new movie, an extensively named A Glimpse Inside The Mind Of Charles Swan III, has gained three new talents. Bill Murray, Patricia Arquette and Mary Elizabeth Winstead have hopped on board the project which already includes Charlie Sheen and Jason Schwartzman.

Plotwise, the film centres on a famous, rich and successful graphic designer, who, after splitting up with his girlfriend, finds his life spiralling out of control.

I know you’re thinking, “who are those two girls?” Arquette is perhaps best know for her role in TV series Medium and has recently signed up for Glutton, directed by her brother David Arquette. And Winstead? She recently starred in Scott Pilgrim vs. The World.

The other actors I’m sure need no introduction. Bill Murray was nominated for an Oscar for Lost In Translation, directed by Roman’s sister Sofia. Murray has a plethora of films behind his name including the iconic Ghostbusters. Schwartzman is reunited with Murray after the two co-starred in Rushmore.

There’s not much to say about Sheen, oh, apart from the whole going crazy thing. This will be Sheen’s first film project since departing (not so peacefully) from hit sitcom Two and a Half Men. Since that fateful day, Sheen went on a hit and miss tour of ramblings called My Violent Torpedo of Truth/Defeat is Not an Option. The actor has also confirmed his participation in new TV show Anger Management.

The film is currently in production and set for a 2012 release, although the date is still unclear.